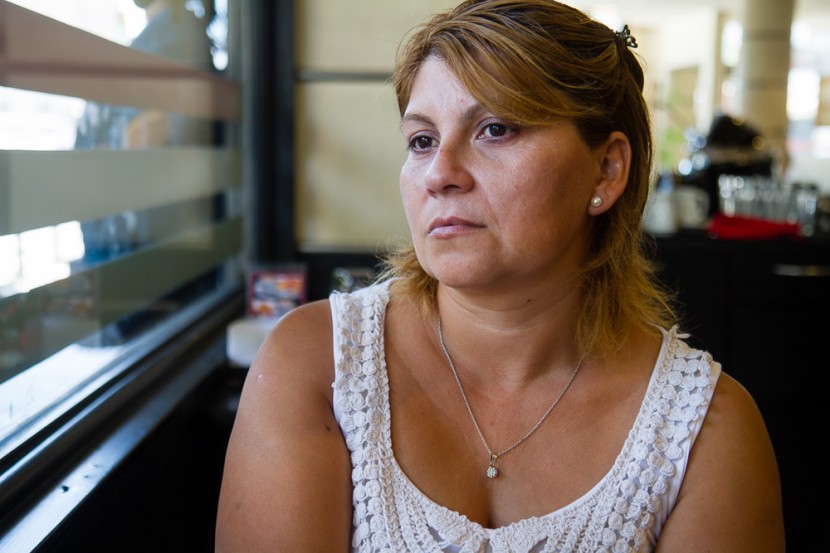 6,431: This statistic, according to the Argentine Bureau for the Rescue and Accompaniment of Trafficking Victims, represents the number of people that the six-year-old government agency has “saved” as of April 31, 2014. The number is updated periodically, along with a statement highlighting the government’s action to fight the phenomenon that which particularly affects young women.

Now regarded as 21st century slavery by Argentine civil society, human trafficking is not new to the country: Argentina was, in fact, one of the first countries to pass a law against it in the early 20th century. But until recently, the Argentine government paid very little attention to the issue, possibly because the profits of the industry where mostly flowing into the pockets of the police officers and influential Argentinian elites. Then, Marita Veron disappeared in 2002 and her mother began what would be a decade-long search for her then-22-year-old daughter. Although Marita remains missing to this day, her mother’s tenacity has forced the Argentine government to take a stand on the problem of human trafficking by drawing national media attention to the issue.

In addition to policies that toughen criminal sanctions for people involved in human trafficking, many new organizations have begun to mobilize in the fight against it. Together, throughout the country, they organize numerous prevention meetings and campaigns to raise awareness about the deeply-ingrained patriarchy of Argentine society and the way that it leads to the exploitation of women. The government also act at the legislative level by making human trafficking a criminal offense, and building an agency with the singular purpose of finding and rescuing potential victims.

However, because of the agency’s inadequate planning and coordination with NGOs also working on the issue, many victims find themselves on their own shortly after being « saved » by the agency. With very few alternatives and little-to-no-support, former victims may often quickly fall back into the trafficking network they just escaped from.

Despite those moves to eliminate trafficking, thousands of people every year are still forced to work under extremely difficult conditions and into prostitution across South America, shaking the families that trafficking victims leave behind. But the phenomenon is not as simple as it seems: traffickers are sometimes neighbors or people close to those who are being exploited. In addition, many cases indicate that the victims were looking for a way to get out of a violent family situation or improve their living conditions, making them readily accept any offer that they think could help them escape. The conditions in which the trafficking victims are exploited run the gamut between bad to quasi-enslavement, in a context where all degrees of lies, abuse and exploitation exist.

In Argentina, young people growing up in the suburbs of large cities, where poverty runs rampant, are especially at risk for falling into criminal networks, lured in by the hope of a better life. In this way, human trafficking reflects the reality of a corrupt system that allows social inequalities to continue, a corruption that goes far beyond the existence of individual criminals. Quick changes have been made in Argentina, but it is not yet clear if the impunity that was the rule for over a century can be overcome, as criminal convictions for trafficking offenses remain rare and meaningful social change, difficult.

This series of photos, taken between September 2013 and February 2014, documents the current form of the fight against trafficking and the ongoing search of parents to find their missing children.